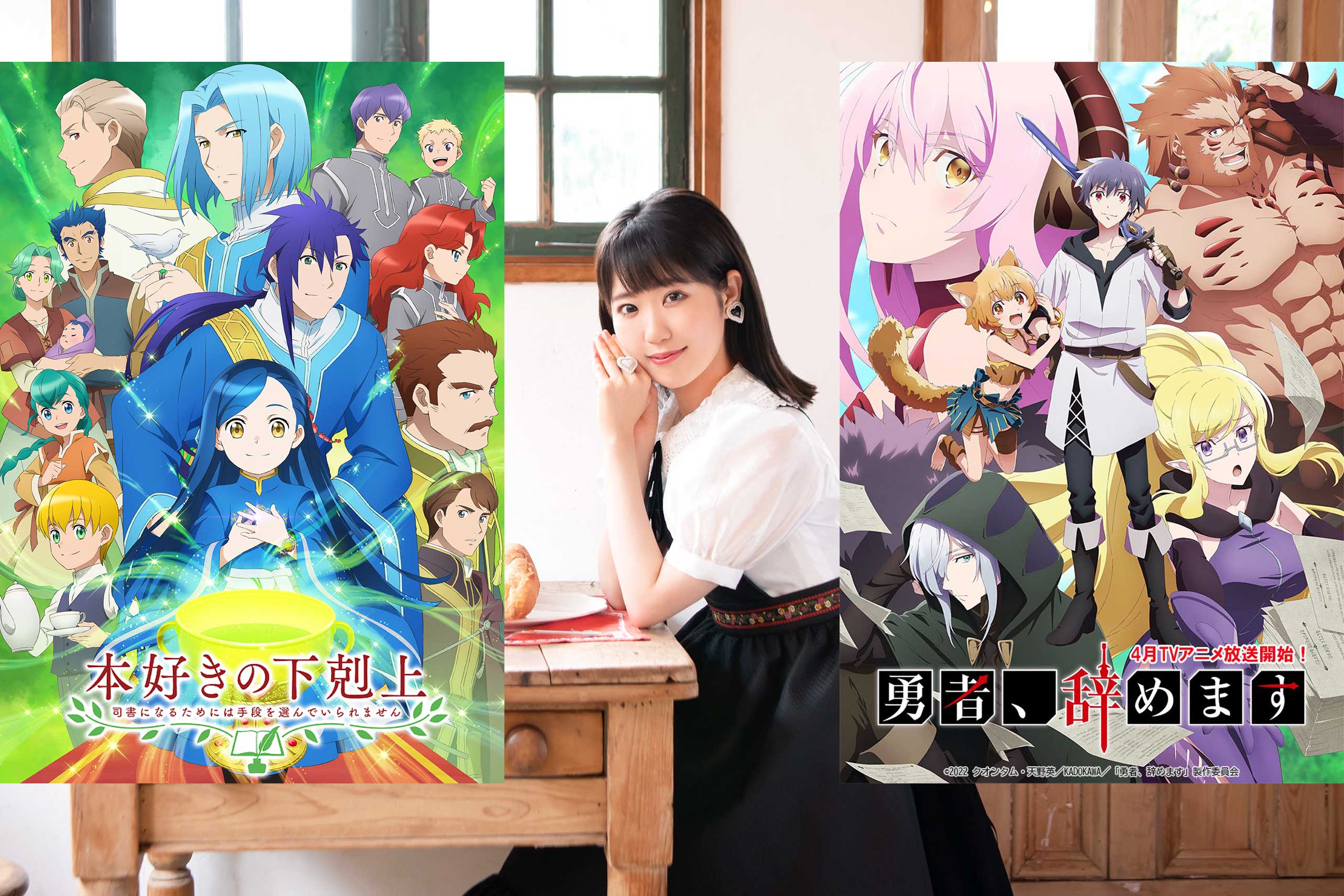 Voice actor and music artist, Nao Toyama announced that she will be performing the opening theme to Ascendance of a Bookworm season 3 titled, “Ano Hi no Kotoba“. The announcement came during Nao Toyama’s Birthday Celebration ~Naobou is quitting the 20s ~ held at EX THEATER ROPPONGI.

Ascendance of a Bookworm season 3 will begin airing in Japan in April of this year. In a recent article we wrote, Maaya Sakamoto announced that she will be performing the ending theme to Ascendance of a Bookworm season 3 titled, “Kotoba ni Dekinai.” Nao Toyama also announced that she will also be performing the ending theme of I’m Quitting Heroing titled, “Growing.”

This 6th single, which is also part 3 of her ‘5th Anniversary Plan’, will include both “Ano Hi no Kotoba” and “Growing.” “Ano Hi no Kotoba” was written by singer-songwriter Sakura Fujiwara and composed and arranged by Soulife. The following are direct comments from Nao Toyama, Sakura Fujira & Soulife.

I worked really hard with the anime staff to ensure that “Ano Hi no Kotoba” matches season 3’s story. In fact, I almost ended up crying many times during the recording. May the people around you find happiness. I hope that this song resonates with everyone who is working hard towards a future that they chose.

I wrote the lyrics to this song after watching the previous seasons as a viewer. When I heard the sound source of Nao Toyama singing them to the lovely pop tune created by Soulife, I was so impressed that I immediately sent the director a message saying, “This is amazing!” I wanted to make it a warm song where Myne turns the pages one by one and expresses her gratitude for the encounters and events that she has experienced so far, so we had many back and forth exchanges to complete it, and I’m delighted to see it finally released. I hope you enjoy it

When I was asked to compose this song, I carefully read the original story and decided to create a song that would bring out a more mature quality than anything Nao Toyama has done before.

While it retains the classical, medieval European elements of past theme songs, it also has a “sadness” that people say is typical of my work. The result is a melodious and encompassing song. The main character grows with a mixture of anxiety and expectation in the lyrics written by Sakura Fujiwara. I hope listeners will feel the excitement of turning to the blank page of “today” with this opening theme. I look forward to watching Myne’s growth with you all!

Nao Toyama made her voice acting debut in 2010. She attracted a lot of attention for her role as Kanon Nakagawa in the TV anime The World God Only Knows.

After that, she went on to play characters in numerous popular works, such as Karen Kujo in Kin-iro Mosaic, Chitoge Kirisaki in Nisekoi, Reina Prowler in MacrossΔ, and Rin Shima in Yuru CampΔ.

In 2019, she held her first solo tour and performed overseas in Taipei and Shanghai. The following year, she celebrated her 10th anniversary as a voice actress by releasing her character song best album “Special Thanks,” which placed third on the Oricon Weekly Ranking.

In 2021, she released a mini-concept album titled “off” with the theme of, ‘rest and healing’ in May and her fifth single “Samenai Maho” in November. 2022 marks her fifth year as a singer.