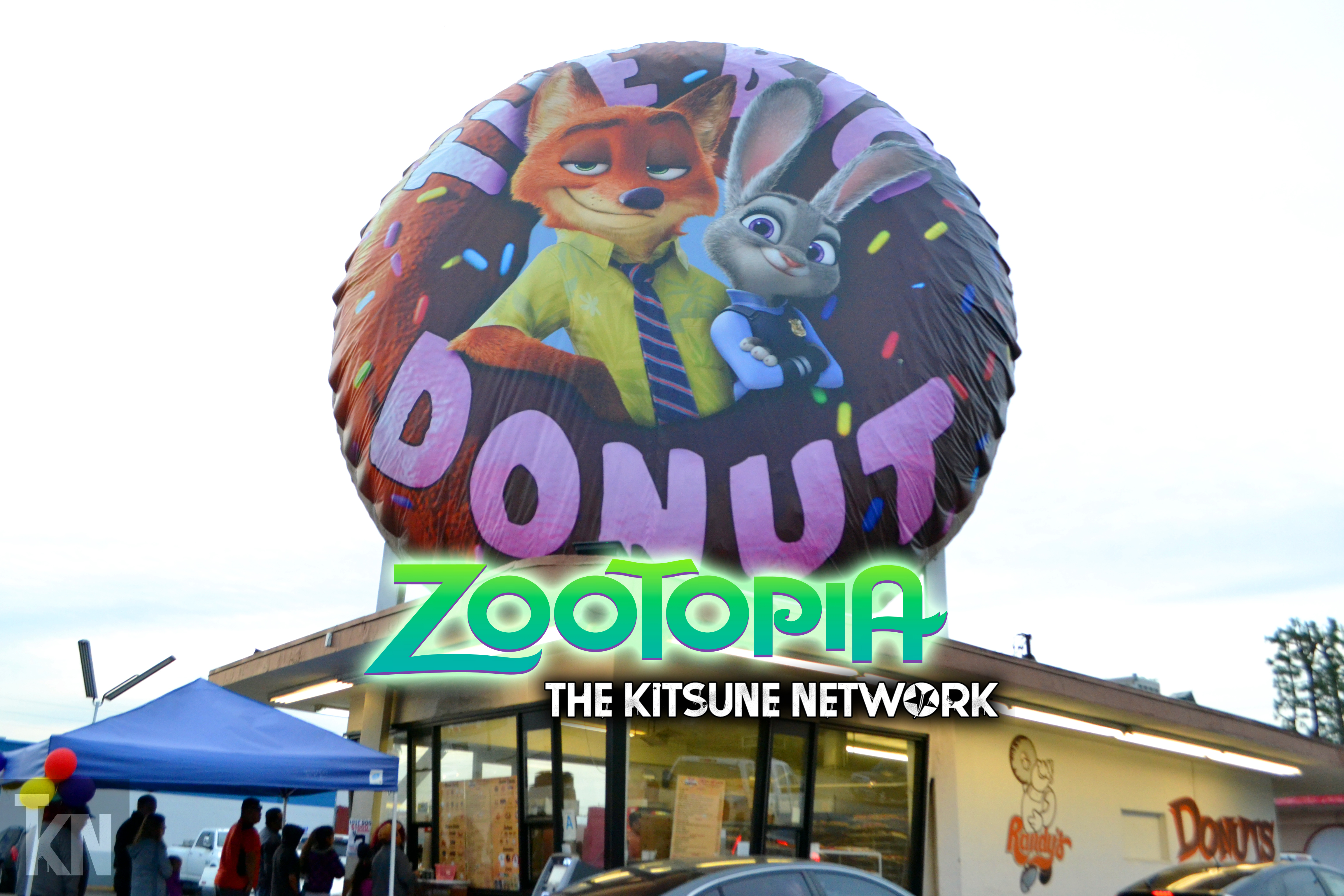 That’s right! This past weekend, as you may have heard, Zootopia won ‘ANIMATED FEATURE FILM’ at the 2017 Oscars!

How did Disney celebrate? By making ‘The Big Donut’ come to life!

During this ‘event’ Disney also celebrated of the one-year anniversary of Zootopia & had a FACEBOOK LIVE Q&A with Nate Torrance (Clawhauser) and  Oscar®-winning director Rich Moore at Randy’s!

Although we did not personally cover the Q&A session, we did decide to go down there and cover this fantastic anniversary. Naturally, I cosplayed none other than…

Huge Zootopia donut, LIVE Q&A; What else was there, you ask? How about:
The Big Donut’s Donut!

The donut reads “The Big Donut”

For those who don’t know, “The Big Donut” was actually inspired by Randy’s Donuts. Over the past decades, Randy’s Donuts has been known as a famous landmark & film location. its known to have been featured (On location/cameo) in various famous scenes from several successful Hollywood movies/TV Shows such as:

The ‘The Big Donut’ banner is, unfortunately, no longer up for display. We unsure if they will ever put it back up, however If you didn’t get a chance to see it, take a look here:

Maybe when ZOOTOPIA 2 comes out, it’ll go back up again…

Check out our awesome video on this fantastic event!

Next time you’re in Cali or live nearby, hop on by Randy’s Donuts, you won’t be disappointed. …er squished by a huge donut.

Randy’s Donuts is located at: