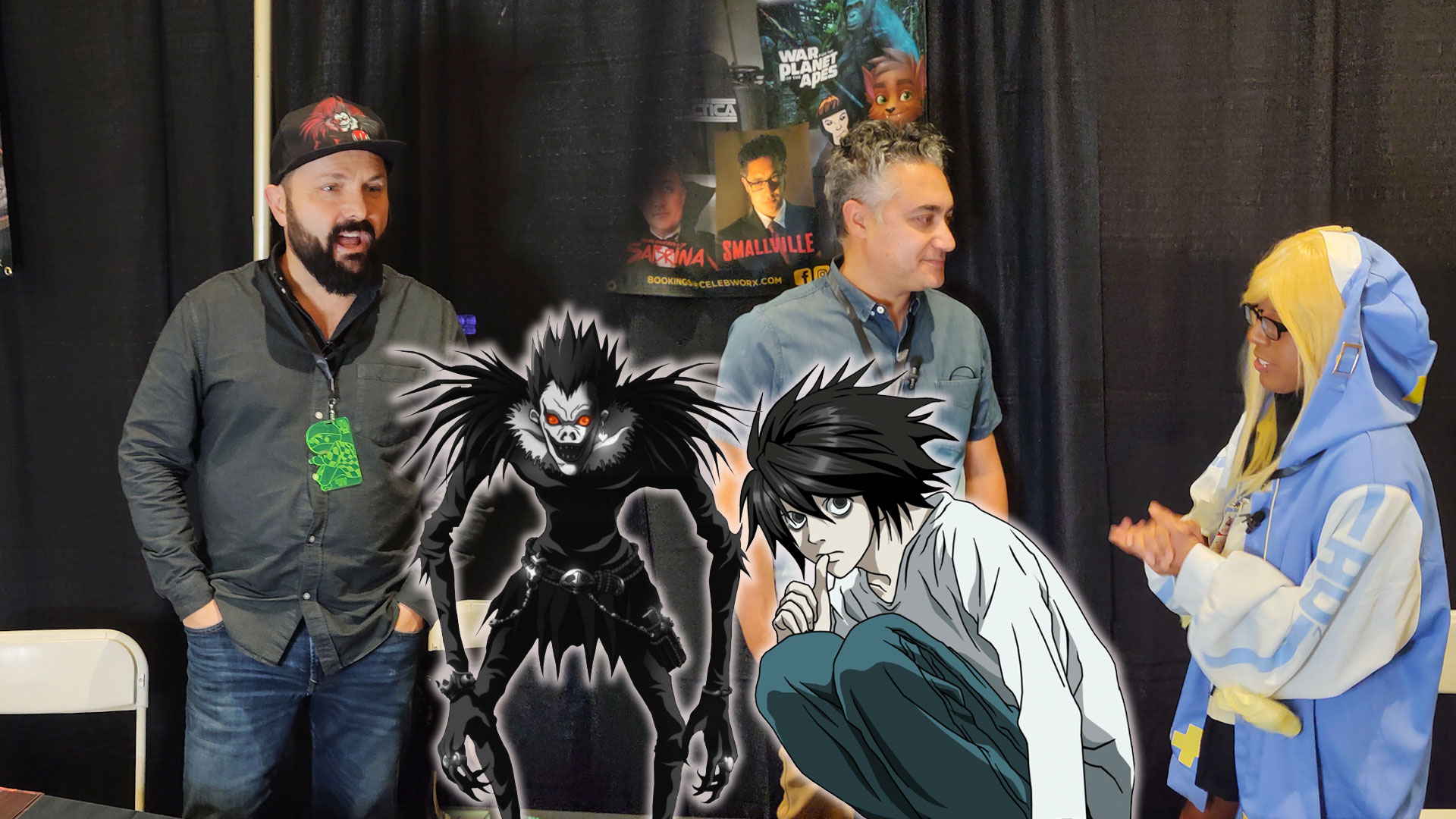 Anime Pasadena 2022 was held in mid-November 2022 at the Pasadena convention center. The event had over 40 guests, panels and various activities, including autographs sessions and an after party.

One of many highlights from Anime Pasadena 2022 was the reunion of the Death Note cast. Although Shannon Chan Kent who voiced Misa Amane was unable to attend as previously announced, the show continued with voice actors Brad Swaile (Light Yagami), Brian Drummond (Ryku) and Alessandro Juliani (L Lawliet). Despite having huge lines, all three voice actors stayed late into the night to signing fan items.

According to an interview granted to us by Alessandro Juliani, this is the first time they’ve all gathered together for anime convention. Juliani stated, This was the first time he had attended an all anime themed convention. Adding, he mostly attending conventions or events that deal with his on camera work.

Watch our interviews with Death Note cast members, Alessandro Juliani and Brian Drummond as they speak about their work in the anime series as L and shinigami, Ryku!

Anime Pasadena 2023 has been announced, you find more information on this event here.