Exclusive Interview with Britton A. Arey | Voice of TESS in Jak II and Jak 3 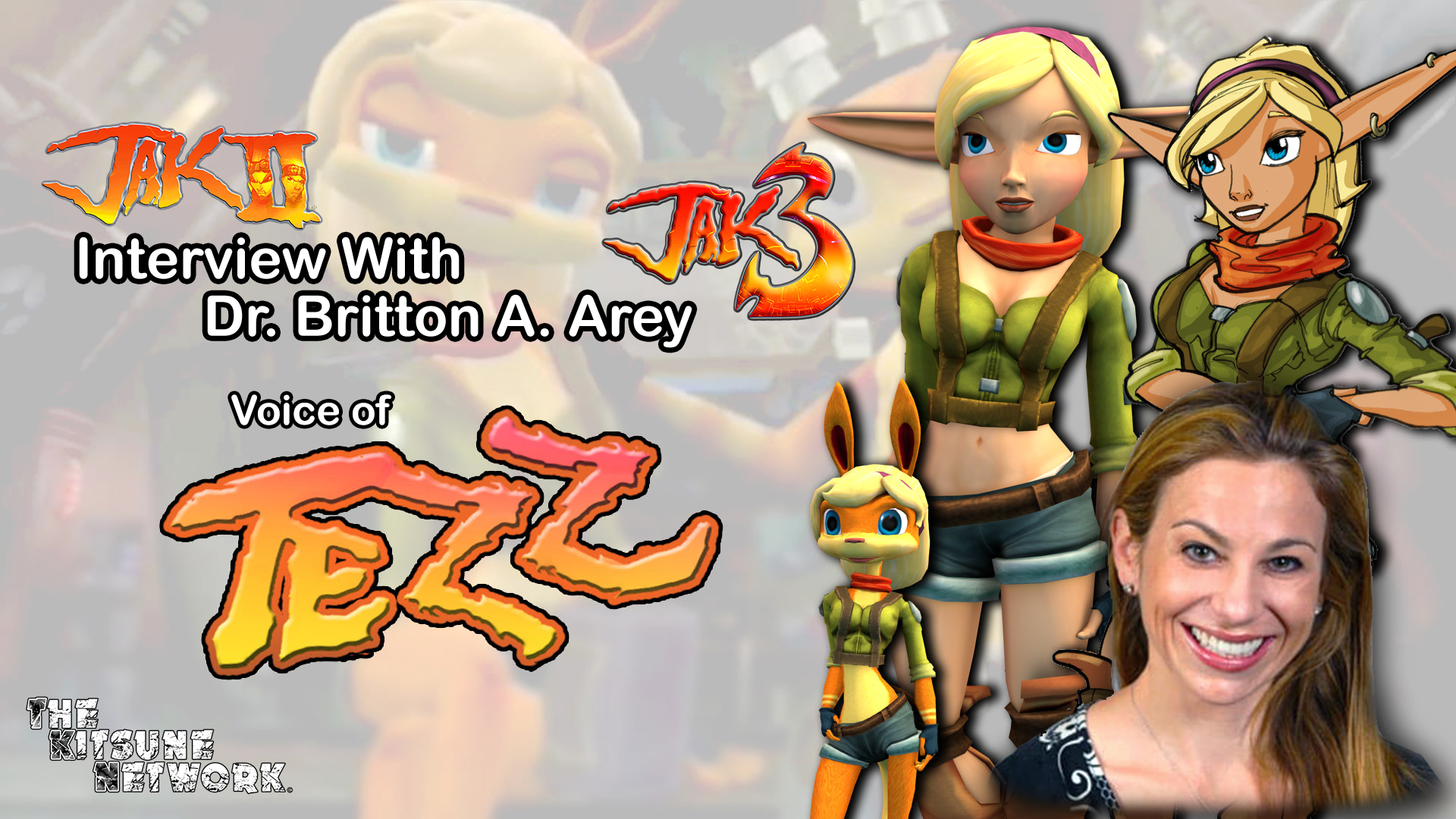 We’ve all been there before, we’ve all at some point had a crush on a video game character, whether it was Lara Croft or Chung Li. Maybe some of us still have virtual waifus and/or husbandos. The Jak and Daxter series is one such game of the early 2000s, in which some of us discovered our very first video game crush. Many fans of the series were automatically hooked on the game’s expansive fantasy world, its plot and the game’s impressionable femme fatale characters.

One such character was Tess. Tess is a character that was featured in Jak II and Jak 3, Initially introduced as a supporting character, she would gradually play an essential role in the storyline, helping Jak and Daxter through their journey. Tess also served as a love interest for Daxter.

During the events in Jak II, Tess was a rebellion spy (or Underground agent in the game) working at a local bar, gathering intel from the enemy. By Jak 3 she becomes a weapons expert, developing high-grade weapons. Although many who have played the game, know of Tess’s background story, not many are aware of the person behind the voice of the hyper-active, cheery character.

Tess is Portrayed by Dr.Britton A. Arey MD, now working as a psychiatrist in Orange County in California, Britton once pursued a career in acting and in the years prior to Jak II, Britton had auditioned for a role in the hit movie Hook which features the late Robbin Williams and veteran voice actor, Dante Basco.

Join us in this exclusive voice actor interview! For the very first time, Dr.Britton Arey speaks out about her involvement in Jak II/Jak 3 revealing behind the scenes stories during the production of the game and much more!

Click here for a shorter version of the interview!

Stick to the end of the interview for details on how to win an autographed print signed by Britton Arey (voice of Tess) and her husband Daniel Arey, Former creative director and writer of the Jak and Daxter series!

Winner will be chosen and announced on April 1st, 2020, visit our website for our giveaway terms and conditions, https://thekitsunetwork.net/giveaways/!