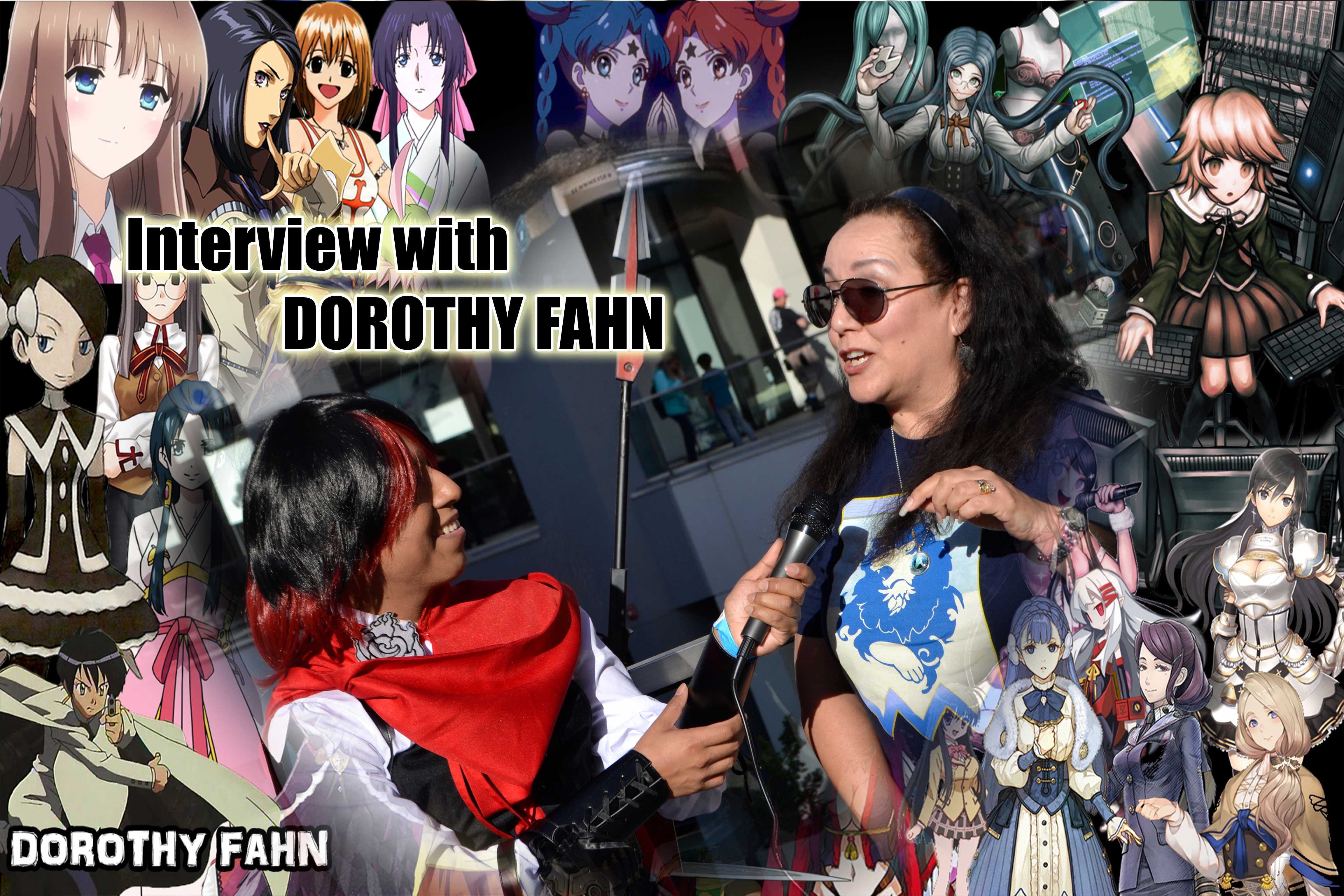 We had the honor of interviewing voice actress, Dorothy Fahn during Ronin Expo‘s Otaku Market Gathering in Orange County! This mark Dorothy’s first on-camera interview, all other interviews she’s previously done have been in audio format only. Dorothy is known for voicing Lilymon in Digimon, Meryl Stryfe in Trigun and Chihiro Fujisaki in Danganronpa

She’s married to voice actor Tom Fahn (Voice of Agumon) and is one of four family members to become voice actors, family members include, Jonathan Fahn (Brother-in-law) and Melissa Fahn (Sister-in-law). We’re honored to share Dorothy’s on-camera, interview debut and we hope to interview the rest of the Fahn family.