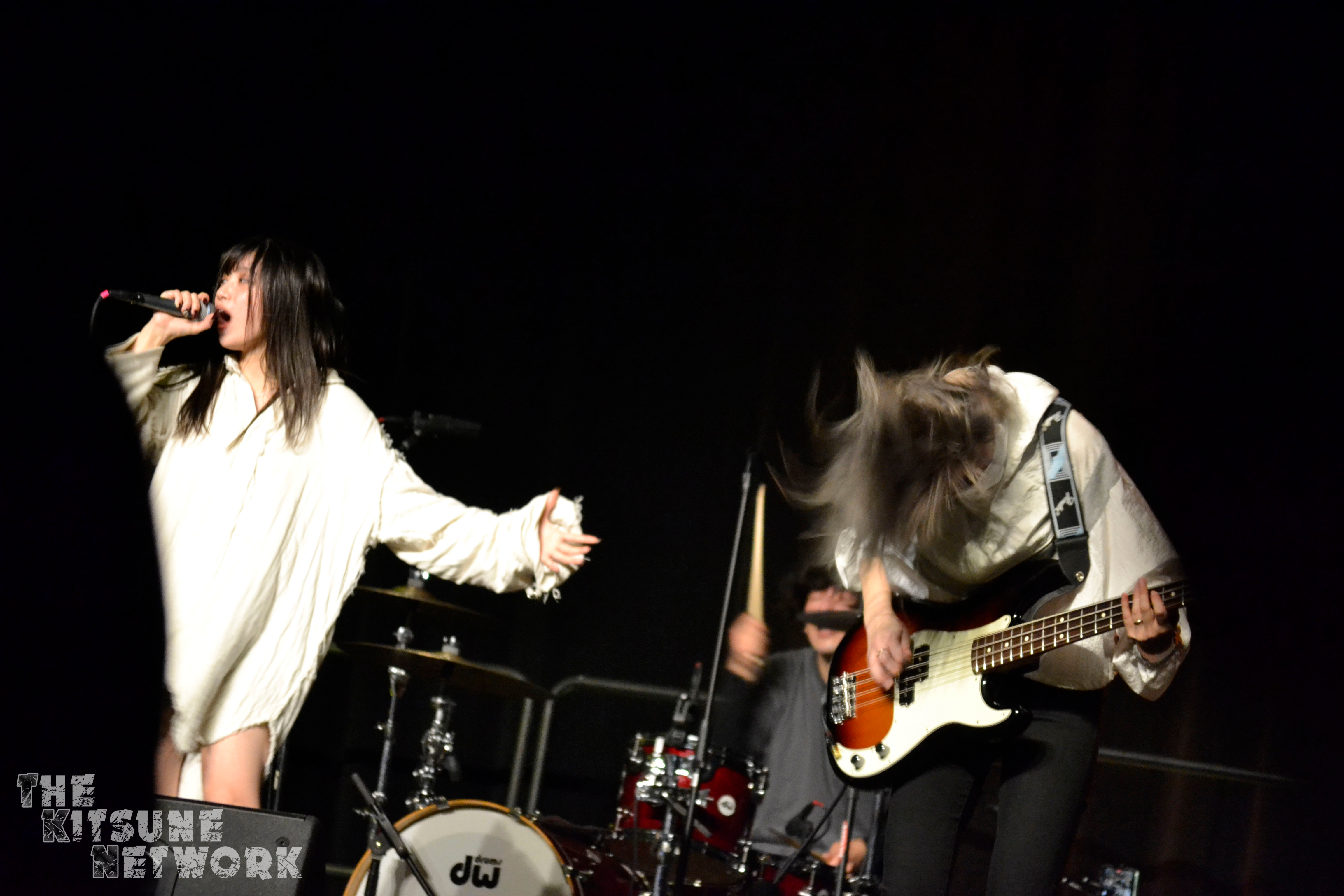 BRATS performing at Anime Los Angeles 2020, their first performance in the U.S.

BRATS is a Japanese all-female rock band formed in 2011 by sisters Rei and Aya Kuromiya.  In 2018, they released their studio album, BRATS which included the theme songs from the anime series To Be Hero and the Japanese film Slavemen.

BRATS performed to an enthusiastic crowd, performing hit singles such as ‘Misery’, ‘Juuyon Sai Byou’, ‘Come to See You’ and their newest single ‘Excuser’, which was digitally released on day one of Anime Los Angeles 2020.

Rei Kuromiya during LADYBABY concert in Los Angeles in 2015

In 2015, Rei performed collectively as LADYBABY at Los Angeles’s most popular anime shop, Anime Jungle. Rei left the band in November of 2017.

Prior to their U.S. debut, BRATS had their first live concert appearance outside of Japan at “Ambitious Girls Series 1” in Seoul, South Korea, alongside idol-metal group Broken By The Scream on January 20, 2019. Since then, they’ve been touring within Japan, South Korea, and Taiwan.

Later that year they released their debut studio album, Femm-Isation. Since then, FEMM has released several EPs and singles.

Their newest studio album, 80’s/90’s J-Pop Revival was released in 2017 in both audio CD and cassette. FEMM spends their time touring in Japan and overseas.