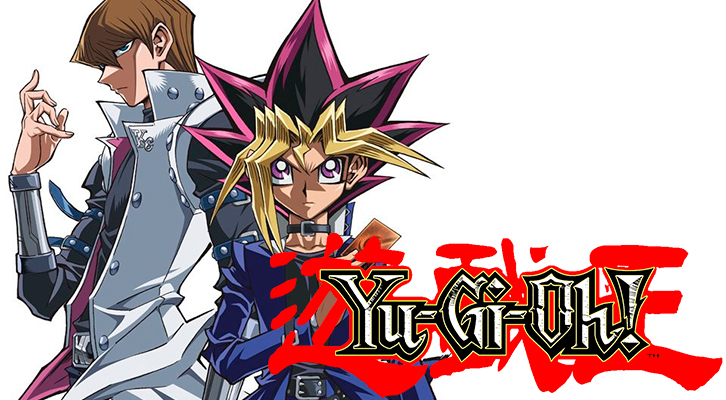 Are ready to w-w-w-watch the NEW Yu-Gi-Oh! movie?

Its been 17 year since the release of the FIRST Yu-GI-OH! movie!

Like Pokemon and Digimon, Yu-Gi-Oh! has been a huge part of most of our childhoods. From the 4Kids dubbed Anime series to the famous Trading Card Game. This is one those anime franchises with quite a history…

…and our Movie timeline begins:

Not many people know about the 30 minute movie that revolves around a certain boy named, Shōgo Aoyama, who is targeted by Seto Kaiba after obtaining a powerful rare card; the legendary Red-Eyes Black Dragon. Not much can be said on this movie. The movie was released by Toei Company in theaters on March 6, 1999 and on video cassette on November 21, 1999.

Though met with an overwhelmingly negative response from critics and possibly the least successful movie in the series, Pyramid of Light  was probably still part of most Yu-Gi-Oh! fan’s childhood. This was the first and last movie to have been made in America AND Japan.

The first movie to be set in 3D . The movie release to celebrate the series 10th Anniversary. The movie was also met with negative response stating that movie was to created to increase the sale of cards. Though UK Anime Network praised the film “for keeping its focus and plot progression impeccable tight”, which made it “an intense, non-stop experience”. This movie is also the first to feature the main characters from three of the franchise’s anime series (Yusei, Yugi & Jaden) and links to the story of Yu-Gi-Oh! 5D’s.

Going back to franchise’s original plot, according to  Yu-Gi-Oh! panel at Comic Con 2015, The film’s story is set after the events of the original manga.  According to The Mainichi Shimbun newspaper’s MAiDiGiTV YouTube Channel, The film is an original story and will feature Yugi Muto and Seto Kaiba as its main characters. The film is slated for release in Japan on April 23, 2016. No word, YET, on out japan release dates! We will keep you Updated!

Check out the Yu-Gi-Oh!: The Dark Side of Dimensions promo video:

3 thoughts on “The NEW Yu-Gi-Oh! Movie is here…well Almost”