A week ago we celebrated the release of the long-awaited video game, Kingdom Hearts III at Game Realms, a video game store located in Burbank, California. We had the chance to speak to voice actors, Bill Famer (Goofy) & Quinton Flynn (Axel) and ask them about their experiences playing their roles in the Kingdom Hearts series, this and more in our interview below! Enjoy!

We apologize for the lighting in our video, due to extreme weather conditions and time restrictions, we were unable to set out lighting equipment, furthermore, the monitors in the background did not help with this situation. We hope that you were still able to enjoy our video! 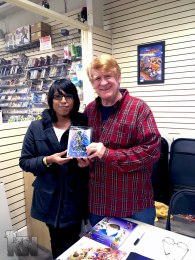 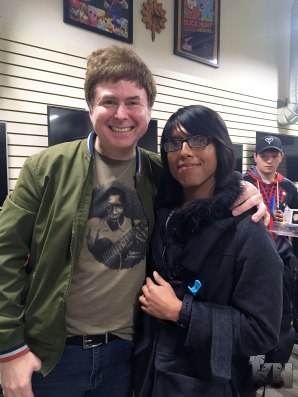 The anticipated arcade game developed into a full blown PS4 game, Final Fantasy Dissidia: NT is finally coming to the US on January 30th 2018!

And much like Final Fantasy XV, Nissin Foods collaborated with Square Enix to bring you; 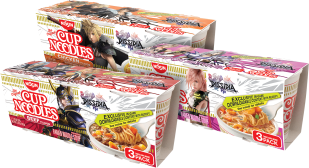 …and yes, its the same code for each and every  specially marked Final Fantasy Cup Noodles.

According the Nissin’s official website, you MUST ” saved your receipt to redeem your code” For more details & FAQ about this offer, visit the official site here. Deadline to redeem codes is 06/30/2018 and codes expire on 1/30/2028. 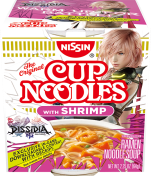 Sephiroth, Warrior of Light & Tidus (possibly other characters) are featured on the top the packaging.

“That’s nice but where can I buy them?” You can buy at the following locations:

Take a look at our short, little trip to hunt these down:

GET THEM WHILE SUPPLY LASTS!

We had the honor to Interview FINAL FANTASY XV cast members, RAY CHASE & ROBBIE DAYMOND aka Noctis and Promto! Check out our interview below, make sure to end til the end to learn how to enter into our FINAL FANTASY XV autograph giveaway!

I would to personally thank, Ray and Robbie; for accepting our interview request, Alondra; for being an awesome assistant, Gregorio Escalante Gallery; for letting us film on location and finally, special thanks to YouTube Channel, Pauly Mike for providing the in-game footage used in our interview. Thank Everyone!

Check these awesome photo taken by our lovely photographer, Alondra! 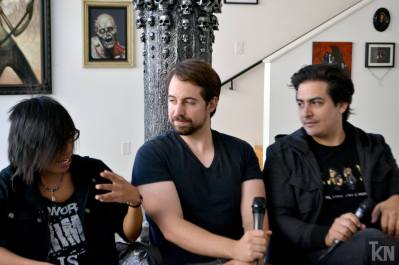 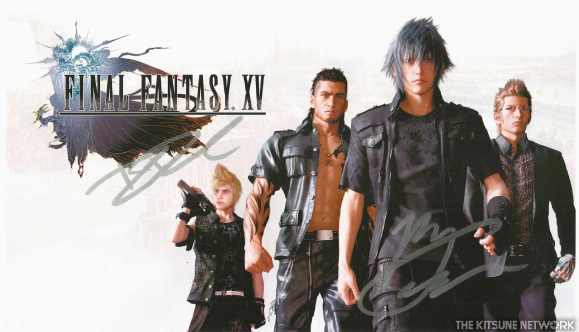 Speaking of SQUARE ENIX related giveaways, we are giving this one-of-a-kind, Life Is Strange VideoPak STRAIGHT from the Los Angeles SQUARE ENIX OFFICES!

This is a reusable mini tablet with 2 pre-loaded Life Is Strange videos. You can use a standard USB charging cable to charge and add limited videos of your own via your PC!

With the anticipation of FINAL FANTASY XV, we couldn’t resist taking a trip down to Square Enix in El Segundo, Los Angeles!

This was the first time we’ve EVER visited their offices, needless to say, we were very excited. However, due to sensitive production work, we were unable to see the production offices, but the lobby was filled with Square Enix history! Take a look:

Take a look at our small video from this awesome trip:

This is a reusable mini tablet with 2 pre-loaded Life Is Strange videos. You can use a standard USB charging cable to charge and add limited videos of your own via your PC!

This item was never given out nor sold ANYWHERE and is only available here on The Kitsune Network!

Special Thanks to Square Enix!

In 2002 the wonderful minds at renowned video game development studio, Square Enix and the most famous cartoon movie creators of all time, Disney, teamed up to create a game, that has both inspired and shape the gaming industry as well as fans. That game was Kingdom Hearts.

With multiple games under the series’ belt, the gaming giants at SQUARE ENIX announced, in 2013, the making of Kingdom Hearts: X , but has since kept quite. That is until 2015 when they officially announced the western release date for the game. The game itself is the first game in the series exclusively for iOS and Android!

SQUARE ENIX made the announcement on April 4th, 2016 on their official US website.

The game follow the same genre and a turn-based battle system (much like SQUARE ENIX’s Final Fantasy series). According to SQUARE ENIX, Unchained X is designed for fans and for those who are not familiar with the series.

The game takes place hundreds of thousands of years before the time we know, Users can play as customized avatar keyblade wielder which user customized a name . There are five keyblade Union: Unicornis, Anguis, Leopardos, Ursus, and Vulpeus all led by a Foreteller. At the beginning of the game you’ll pick a keyblade master to train you and follow throughout the game. As a keyblade wielder, You have a job to master and unlock the full power of the keyblade while at the same time driving the darkness away from the world. You can use cards to attack much like the battle system in Kingdom Hearts: RE Chain of Memories.You’ll be able to use the medals’ power “warriors beyond your time” to call upon them from the future to aid you in your endeavors. 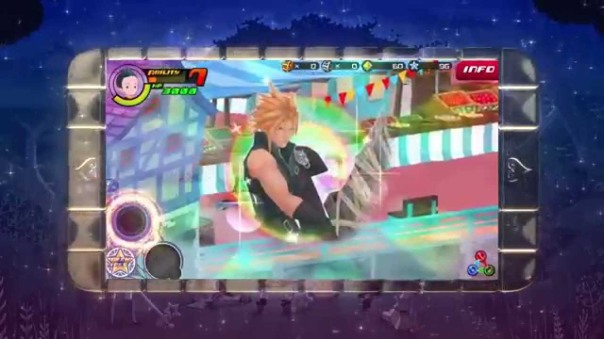 The game is considered to be CANNON or part of the original stoyline.

For newcomers this game represents “the beginning of the beginning”. The game explains everything from the “Tome of Prophecy” all the way to “The Ancient Keyblade War” that is continuously referred to in the series. This game also answers all questions left throughout the series up until the the title Dream Drop Distance.

Along with the release of the game, Creative Director & Head Artist, Tetsuya Nomura had something to say to the fans:

“I hope fans and newcomers alike will find
themselves absorbed in the brand new
adventure that reveals the origins of the
Kingdom Hearts Series.”

SQUARE ENIX released the game on April 7, 2016 and is available on Android/iOS!

Head over to the PLAY STORE or APP STORE now!

Here’s a sneak peek of the game’s prologue: