Virtual-popstar idol, Hatsune Miku is back in the U.S. for the 5th anniversary of MIKU EXPO; Miku Expo 2020 USA & Canada!

Since making her first U.S. debut, Miku has landed in the mainstream media spotlight, even being featured in other U.S. media, such as ‘The late-night show with David Letterman‘ and was also the opening act for Lady Gaga’s 2014 worldwide tour, The Artpop Ball. 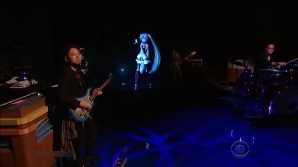 Its OFFICIAL, Love Live and Miku fan can rejoice in happiness as they are to collaborate together on tour during the 67th Sapporo Snow Festival in Japan! 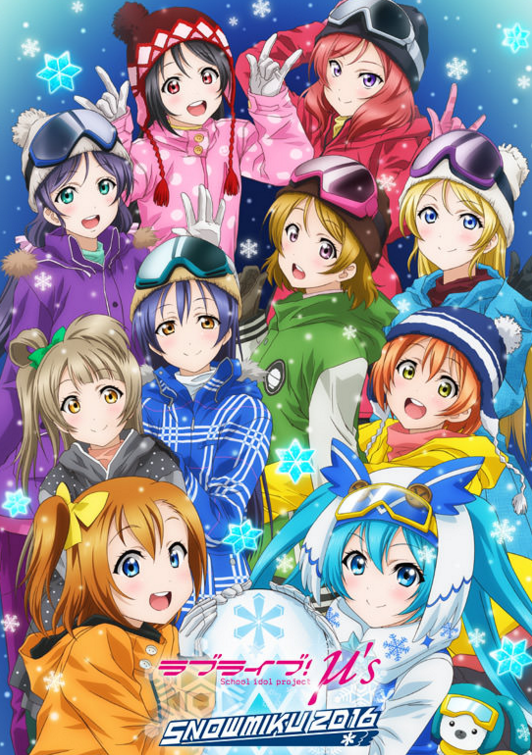 A snow sculpture of  μ’s will be displayed at the Sapporo Snow Festival, in honor, μ’s is joining Miku.  There are no further details on the collaboration itself, but as time goes on, we will keep you updated.

In honor of SNOWMIKU 2016, different Miku themed food items will are available to purchase, such as:

Japanese cafe, MIRAI.ST cafe is also collaborating with Miku to make the official Snow Miku Menu, along side another karaoke joint,  Which will serve the following:

There’s also an Android / iOS-friendly game app called, “Butsukaran’na SNOW MIKU 2016 Edition” which will be released on, January 20th 2016. According to the site’s description of the game “[Miku will] run through a variety of courses [while] snow Miku is riding on snowboard.” You can check out the game here

Other Snow Miku 2016 items can be found here