People took to the streets of Los Angeles on Saturday, May 31st for what began as a peaceful protest for the death of George Floyd, who died Monday after being handcuffed and pinned to the ground by Minneapolis Police Department officer, Derek Chauvin.

The protest later became violent as rioters took over the peaceful protest and, began attacking Los Angeles Police Department squad cars and setting them on fire. The protest turned riot, later made its way to affluent areas of Los Angeles including Rodeo Drive, Little Tokyo, Melrose Ave, and The Grove outdoor shopping mall. 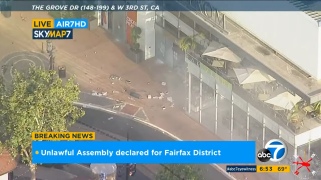 Local businesses and shops around those areas were looted and/or set on fire during the riot prompting a mandatory curfew on the city Los Angeles and heavy police activity.

Dozens of looters entered the premises taking whatever they could find. According to a post by JapanLA:

“They [police] finally cleared them out and arrested some of the looters. We are all crushed and deeply saddened. Thank you for all the texts. We all left at 4:30pm and our staff is home safe. I’ll send more updates soon!” They released a security camera photo that shows two suspects looting the store.

In the past, we’ve covered a few events in this and their new Little Tokyo location.

A few shops and a pharmacy were broken into and looted in the early morning hours of May 30th, in the Little Tokyo district. 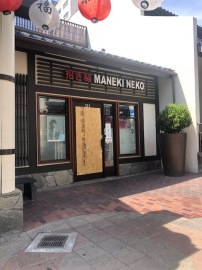 he Little tokyo pharmacy in Honda Plaza were also damaged.
According to the Japanese American Cultural & Community Center,

“Businesses in Little Tokyo were looted last night. This was not done by protesters but by people who decided to take advantage of the grief and angst of others for their personal gain.”

“[It] would leave [Little Tokyo] vulnerable during civil unrest. During the L.A. riots in 1992, windows were smashed at Japanese Village Plaza, Weller Court, and what was then the New Otani Hotel on Los Angeles Street.”

Gov. Newsom proclaimed a state of emergency for Los Angeles after approving Mayor Eric Garcetti’s request to deploy the National Guard. National Guard arrived at 12am on May 31st, 2020.

Los Angeles’ curfew will stay in place from 8 p.m. Saturday through 5 a.m. Sunday.

Japan’s biggest anime convention of the year, AnimeJapan was canceled four days before the event was set to take place. Prior to that, the city of Osaka canceled its annual anime festival, Nipppombashi Street Festar which draws over 200K+ people to city’s Denden Town neighborhood. All this in fear of spreading the COVID-19 virus. 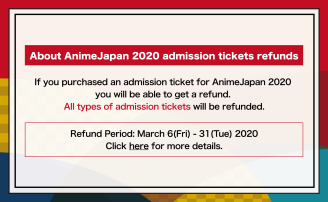 Notice on cancellation of Anime Japan 2020

Notice on cancellation of the 16th Nihonbashi Street Festa

Taking the seriousness of the situation into consideration, Olympic 2020 travelers have been wondering if the 2020 Olyimics will suffer the same fate. On March 3rd, an International Olympic Committee spokesperson stated, that there are no plans to postpone or move the Olympics, adding “We made a decision and the decision is the Games go ahead”. The 2020 Olympics is set to take place from July 24th to August 9th 2020 in Tokyo, Japan. 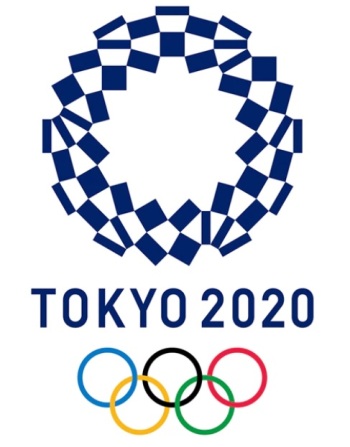 In the U.S., the first confirmed case of the COVID-19 coronavirus disease was announced on January 21st, Since then there have been over 230 cases reported and growing. Due to fear of infection, popular industry expo, Game Developers Conference was postponed to the Summer of 2020.  GDC was supposed to take place at the Moscone Center in San Francisco, CA.

California’s biggest anime convention Anime Expo is scheduled to still take place in July of this year. The SPJA (Society for the Promotion of Japanese Animation) released the following statement regarding Anime Expo status:

With the community taking its precautions, are guest cancellations are unavoidable? For now, we’ll have to wait and see.

We encourage our viewers/readers to take precautions and help reduce the spreading of the COVID-19 virus by washing your hands and keeping general germ reduction in mind when going out in public. The following are prevention guidelines by the CDC:

Famed anime studio, Kyoto Animation was destroyed during an arson attacked on Thursday morning. Local authorities stated that there are 34 dead and 35 injured during the attack. Local Kyoto news media have quoted police stating that a 41-year-old man broke into the studio and began pouring gasoline inside the office and reportedly, on some employees as well, although this has not been confirmed.

The 41-year-old man has now been identified as, Shinji Aoba. Aoba reportedly shouted “Drop dead” or “Die” before igniting the gasoline. Neighboring residents witnessed hearing an explosion sound before watching the three-story building be engulfed in flames. The fire was reported at 10:30AM (JST).

At the time of this updated publication, local authorities have stated that there are 34 dead and 35 are currently in hospitals in critical conditions. Of those 34 dead, NHK reported that 12 were men, 20 were women, and one still remains unidentified. The building had approximately 73 people inside when the incident occurred. The Kyoto Fire Department has concluded with the rescue operation and can confirm that no one else is in the building. About 30 fire engines reported to the scene and extinguished the blaze at 3:19 PM (JST) about 5 hours after the fire was ignited. 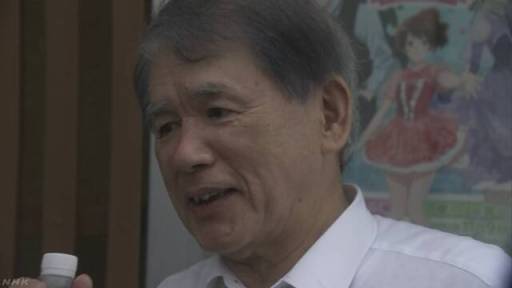 “They are the people who carry Japan’s animation industry on their shoulders, I can’t bear to accept the fact they are being hurt or losing their lives.”  – Hideaki Hatta (Kyoto Animation, CEO) via CNN Japan

Kyoto Animation’s CEO, Hideaki Hatta, told local reporters that for the past few years, he had to contact the authorities due to death threats being sent to the company. There is no direct link between the death threats and Aoba.

According to Hatta, the studio usually has strong security requiring special ‘key cards’ to gain access to the building. However, on this particular day, the studio had visitors and the security system was turned off for the convenience of the visitors.

30 minutes prior to the attack, Aoba had purchased 40 liters (10.6 Gal.) of gasoline from a gas station located less than a mile away from the studio. Aoba placed the gasoline inside carrying cans and put them onto a hand pushed trolley, then made his way towards Kyoto Animation. Witnesses stated that Aoba entered the studio and shouted “DIE” before igniting the fire and attempting to flee on foot. According to local police, a male Kyoto Animation employee managed to chase Aoba down and detain him in the streets.

Aoba was injured during the attack, sustaining serious burns to his feet, chest, and face and was taken to the hospital. During transport, he admitted to setting the fire. Unused knives and a hammer were found near the arson site. Authorities have delayed any further interviews with Aoba as he is currently in the hospital for treatment. Local Kyoto media have reported, that the suspect is not a former employee of Kyoto Animation and has no other direct connection with the studio.

His motive has not been specifically established, however one possible motive was during Aoba’s arrest, as he was shouting that Kyoto Animation had stolen his ideas and accused them of plagiarising.

“The amount of damage is huge. I don’t know in detail”

CEO Hideaki Hatta stated during a press confess on July 19th. Valuable human resources have been lost. Animation materials such as drawings, animations cells, and computers have all been destroyed during the fire,

KyoAni recently released, Free! Road to the World and Sound! Euphonium the movie. In July of 2018, Kyoto Animation announced a “completely new” project titled “Violet Evergarden Gaiden” a film set to be released on January 10th, 2020.

Kyoto Animation Studio 1 (Arson fire location) produced the majority of the animation for its anime series. With such heavy loss, cancellations or major delays in upcoming series and films are to be expected.

Fans began expressing their love for Kyoto Animation as reports of the incident spread, with many going on social media to share their favorite Kyoto Animation anime titles. Many fans have attributed this tragic loss as losing a museum with high cultural value.

Kyoto Animation is a beloved, organized, & independent studio full of talented people who’ve worked/helped tirelessly on these gorgeously animated & heartwarming shows that spread joy to millions. My condolences to all the brilliant staffs & their families. pic.twitter.com/B2lbrYf1qh

i’m horrified to hear about Kyoto Animation, that someone could do something so horrible to people who have brought so much joy is absolutely sickening

#PrayForKyoani and #StayStrongKyotoAni are being used to share these posts.

Anime licensing company, Sentai Filmworks has also stepped in and created a fundraiser, to help support Kyoto Animation in their time of need. In just 24 hours fans have raised over $1M, but its not over yet. 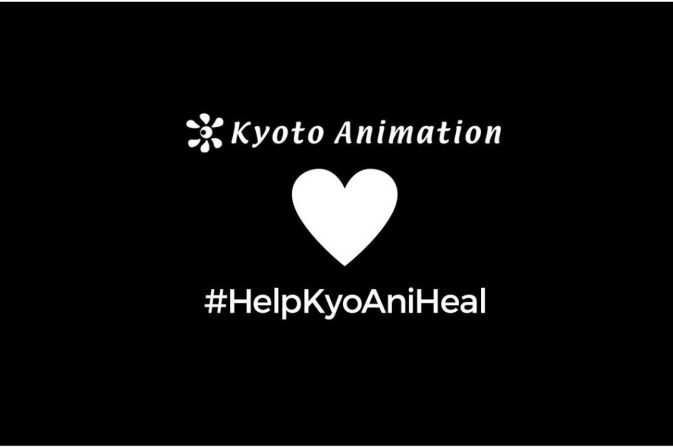 Kyoto Animation has given us, the Anime community, characters we treasure and storylines we will remember for a long time to come. Its time for us to give them something in return. Please consider a donating, Thank you. This is a developing story that we will continue to keep updated with all of the latest information. If you have any information pertaining to this particular story and like to contribute, please contact The Kitsune Network at Contact@TheKitsunetwork.net Thank You!

UPDATES: This article has been edited to reflect current details and information regarding the Kyoto Animation arson attack. Dead toll, suspect name, aftermath, and additional information about the incident have been updated as of 7/19/19 at 4:56AM This is a developing story that we will continue to keep updated with all of the latest information.

UPDATES: NHK reported that a male Kyoto animation employee passed away on the night of July 19th, making the death count at 34. Updated as of 7/19/19 at 1:23PM

Ever wanted to see Japanese manga students at work? Are you a fan of anime art? Are you an artist anime yourself or just enjoy artist alley? Come and join the students from J.A.M. (or the Japanese Animation & Manga College) On Saturday December 1st at Little Tokyo’s Miyako Hotel.

JAM are bringing several of their students from their art college in Japan over to Los Angeles for a ONE DAY fundraiser event. If this is anything as their first fundraiser, last year’s, there’ll be freebies from JAM (Art samples books, DVD Animation demos, ETC) in addition, you’ll be able to purchase art, hangout with manga students, watch live drawings, get your a portrait drawing, photo ops and more! 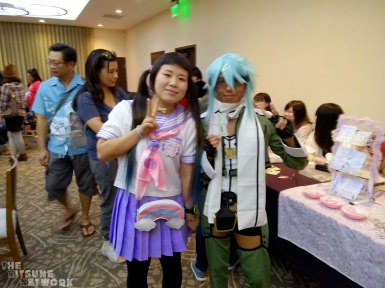 Last year, we stumbled on their first fundraiser by chance and had so much fun, we figured we’d share this event for more anime fans to join the fun!

Self portrait from JAM student artist

See you there! & as always, we’ll be bring coverage from the event.