Garry can be seen among the government officials sitting down during a meeting discussing the ‘anomaly‘ detected. It is unclear if Garry Chalk’s character in the film is more than just a minor cameo, or if there’s more than meets the eye.

A road sign with ‘Hill Top Zone‘ can be seen seconds into the trailer. Hill Top Zone is the fifth Zone in Sonic the Hedgehog 2. The level is most notable for its geographical location, amidst the high peaks of West Side Island, which makes one wonder of its location within the film.

This one’s pretty in your face. Right at the beginning of the trailer, Green Hill Zone can be seen right before Sonic travels into our world. It is unclear if the film will explore more of this zone (or any other) as a setting. 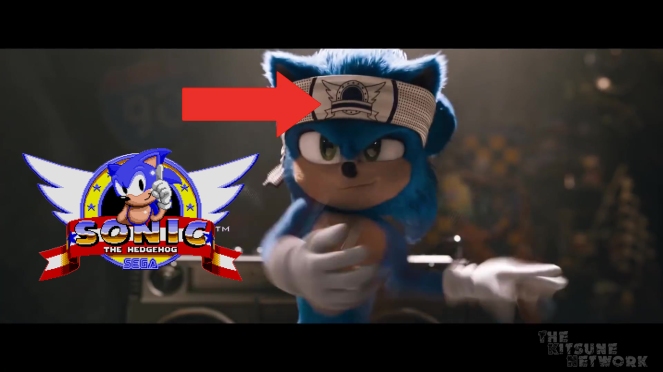 The title screen emblem from Sonic The Hedgehog can be seen on Sonic’s headband. The game was originally released in 1991 for the Sega Mega Drive (Japan) and quickly became one of the most recognizable logos among hardcore Sonic fans. 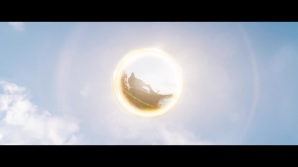 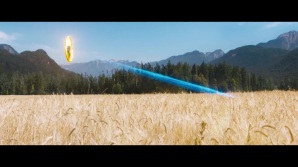 Many who played Sonic The Hedgehog may remember the giant ring that would appear at the end of a level and teleport the player to special stages. The film drew inspiration from this, having sonic apparently teleport from one part of the world to another. Variations of this ability have been shown throughout the games and TV series.

Among voice actor cameos is Shannon Chan-Kent, a Canadian based voice actress, who has voiced numerous notable characters such as Misa Amane from the hit anime series, Death Note and Fabiola Iglesias from Black Lagoon: Roberta’s Blood Trail.

She is also the singing voice of Pinkie pie, Sonata Dusk and speaking voice of Silver Spoon in My Little Pony: Friendship is Magic.

This film will feature the theatrical, directorial debut of Jeff Fowler, who previously worked on Gopher Broke, a 2004 short, animated film written and directed by Jeff Fowler.

The short film follows a hungry gopher who hatches a clever plan to get a quick snack but discovers that even the best-laid plans can go udderly awry. The opening title can be seen during Sonic’s exploration of the motel room.

According to an interview, by Di-O-Matic, Inc, with then Animation supervisor Leo Santos, “One particular challenge we had on the Sonic opening cinematic (and the Shadow the Hedgehog cinematics) is the fact that Sonic’s mouth is sometimes on the side, sometimes on the middle.” With Blur Studio’s experience with animating Sonic in the past, why was there a need to redesign? 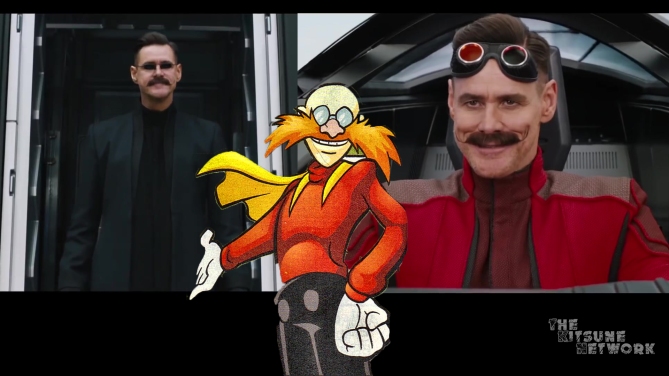 This one is probably a long stretch but, Jim Carrey’s portrayal of a ‘thin‘ Robotnik is similar in appearance (somewhat) to that of Doctor Ovi Kintobor, a character that appears in the Sonic the Comic series published by Fleetway Editions in the UK. The character served as a background origin story to the present day Eggman. In other comic series published by Archie Comics, Carrey’s portrayal is similar to that of, alternate universe Robotnik, Dr. Ivo Kintobor, who is kind, generous and friendly.

Needless to say, there will probably be more hidden gems within the movie. Be on the lookout and mark your calendars for February 14th, 2020! Watch the newly released trailer here:

Spot more easter eggs? Let us know by emailing us at, Contact@TheKitsunetwork.net.