In its 28th year, Anime Expo once again welcomed 115,000* attendees from across the world.

Japanese pop culture fans, both locally and internationally, traveled to the Los Angeles Convention Center for annual Anime Expo (Commonly known as, AX) held from July 4th thru 7th, including a pre-night show on the July 3rd.

In an unforeseen turn of events, two earthquakes occurred during Anime Expo 2019, one during Day 2, July 4th at 10:02AM PTD (4.0 magnitude) and the second during Day 3, July 5th at 8:19PM PTD (7.1 magnitude). During the first earthquake on the morning of July 4th, ABC 7 Action News had mistakenly stated that the Los Angeles Convention Center was being evacuated as a precaution. In reality, it was Anime Expo attendees waiting to get inside the convention, not out. Their statement was later retracted. The earthquake’s epicenter location was Ridgecrest, California.

The following day, July 5th at 8:19PM a second earthquake, with a magnitude of 7.1, struck Ridgecrest, California once more. The earthquake was felt by AX attendees, which some taking to social media to post videos of their terrifying experience while inside the convention center.

Mata has voiced numerous characters including, Aqua; Konosuba, Fukaziroh; SAO: Gun Gale Online, Katie Killjoy; Hazbin Hotel, Astolfo; Fate/Apocrypha and most recently Petra in Fire Emblem: Three Houses. We had the pleasure of having an exclusive interview with Faye Mata, Join us we speak about her career, character roles, and other upcoming projects.

This year Anime Expo featured over 400+ vendors among them animator, Vivienne Medrano better known by her pseudonym, Vivziepop.

Vivziepop is famously known for creating the hit series, HAZBIN HOTEL. Following her huge viral success with her YouTube video, which features JayJay, a character from another of Vivzie’s creations titled, Zoophobia, lipsyncing to Ke$ha’s Die Young. This video helped her gain a large audience early in her career as an animator.

She began her working on Hazbin Hotel during her High school years, designing characters such Alastor, one of many main characters of the series. It wasn’t until 2016, that she initially announced Hazbin Hotel, which was originally titled, People Like Us. We caught up with Vivziepop during the last day of Anime Expo and she gave us an insight into the series’ production and its future.

The series is set to be released sometime during October 2019, although the exact date is yet to be announced. Follow Vivziepop’s Twitter account for more updates and details. 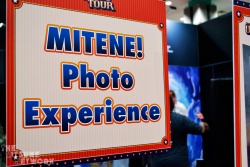 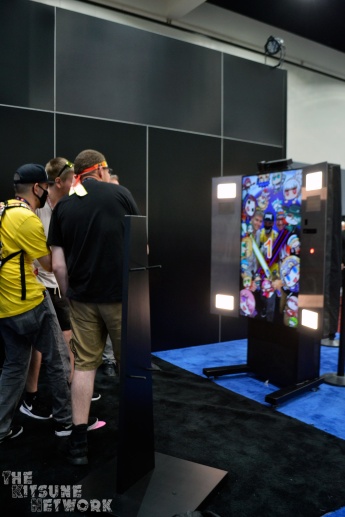 The Fate/Grand Order tour continues with its next stop being at Anime Weekend Atlanta 2019 in October, for more information visit their official here.

Staying inside the Entertainment Hall, we stopped by Auragon Games’ booth as they promoted their newest game, Hiraethia! 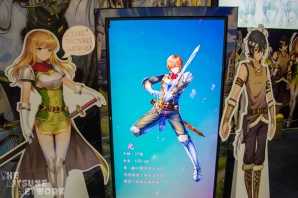 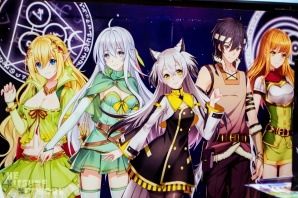 Hiraethia is a new RPG puzzle game developed by Auragon Games, a new independent game developing company based off Texas. Auragon Games founder, Sunny Chai and Hiraethia character designer, Tin Liu spoke to us gave us an overview on Hiraethia.

“A story of adventure, mystery, and tragedy. Follow a brave group of heroes as they try to save the world.” as the game’s Kickstarter states. 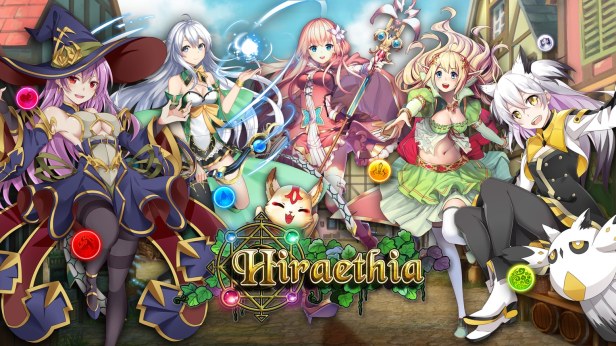 We got to play the game during its promotion demo at Anime Expo and although we did not explore much of the storyline, we can see it becoming quite popular among mobile RPG fans. As Chai stated in our interview, what sets the game apart is the fully animated character scenes. It’s one of the few games out there, that features hand-drawn, fully animated attack sequences. As you may know, most games go with the traditional visual novel animation. In addition, the game also features a puzzle mini-game within the main game itself, in which, the player must strategically match ‘tiles‘ accordingly to create stronger and more powerful attack combos. It is when these attacks are performed that the fully animated sequences appear. 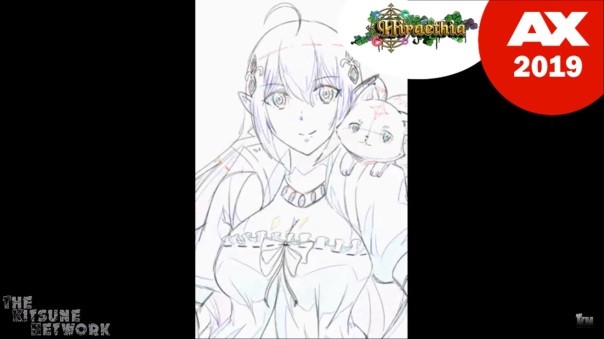 Furthermore, the game also features a collaboration with YouTube gamer, LilyPichu as a playable character in the game. Auragon games have not released much about their character’s background, therefore not much is known about lily nor the role she’ll play in the game, storywise. 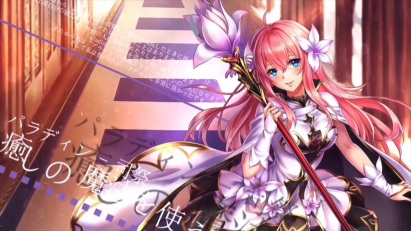 On June 21st, Auragon games launched a Kickstarter funding campaign with the goal of 10K, and after 45 days, the project was successfully funded. 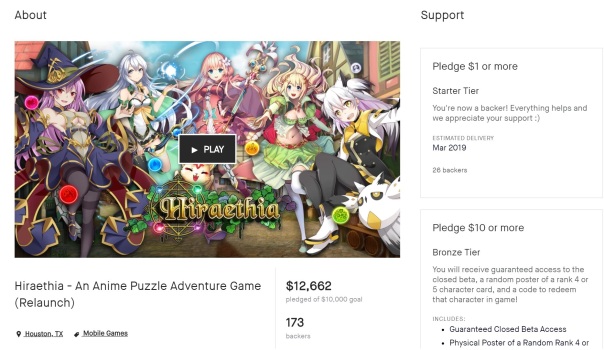 There is currently no date set for the game’s release, other than ‘it’ll be out on the market before the end of 2019.‘ Want to know more,? head over to their official website to learn more about the game and merchandise.

Anime Expo ended with an unusually finish. It’s a well-known fact that Anime Expo sale badges for the coming year, hours before the current year convention is over. Things were a bit different this year, with Anime Expo announcing that badges for Anime Expo 2020 would not be sold on-site and instead, sold online.

A limited number of early bird 4-day badges will go on sale beginning on August 16th 2019. Early bird price is $75 (not including fees) for a 4-day badge. Once all the early bird badges sell out, 4-day badges will be available for $85 (not including fees) and continue rising monthly as Anime Expo 2020 gets closer. In another surprising move, Anime Expo has also stated they will no longer hold a Black Friday or Cyber Monday sales. 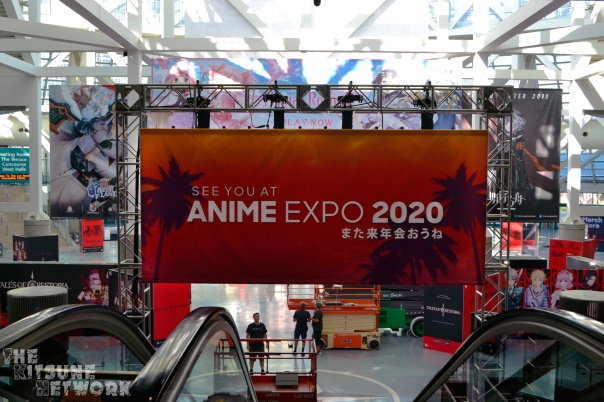 For more information regarding Anime Expo 2020 badge please go to their official website here. Now that Anime Expo 2019 has long been over, its time to prepare for Anime Expo 2020. Will you be there?

Ever wondered how the Los Angeles Convention Center looks like without thousands of Anime Expo attendees? We went to the convention center early during the week of Anime Expo 2019 and captured some of the empty rooms and corridors. 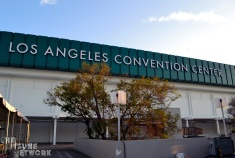 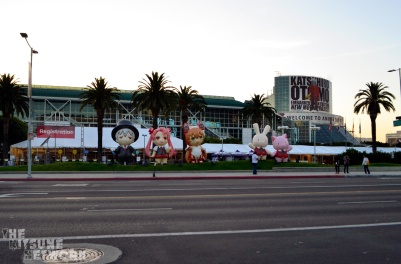 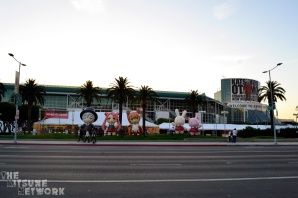 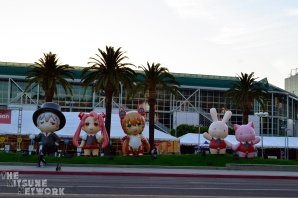 Outside the convention center during Day -1, No lines. Day -1 was dedicated to setting up AX and badge pick up for exhibitors and guests. 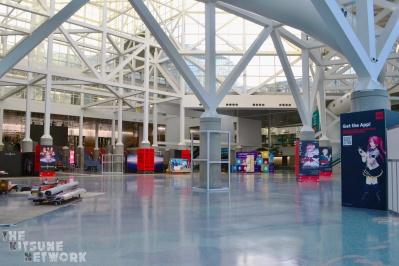 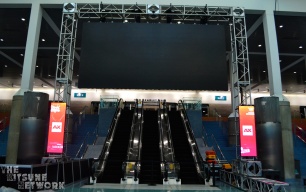 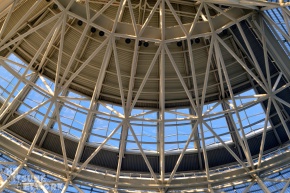 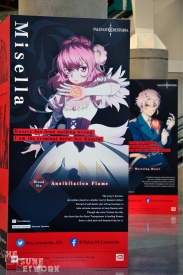 As seen in the photos, AX staff were still setting up in preparation for Day 0. Empty, the convention center’s size and beauty really stand out.

Stay tuned for our upcoming article on Anime Expo 2019 and our Anime Expo 2019 interview with voice actress, Faye Mata, and Hotel Hazbin creator, Vivienne Medrano! This and more coming soon!