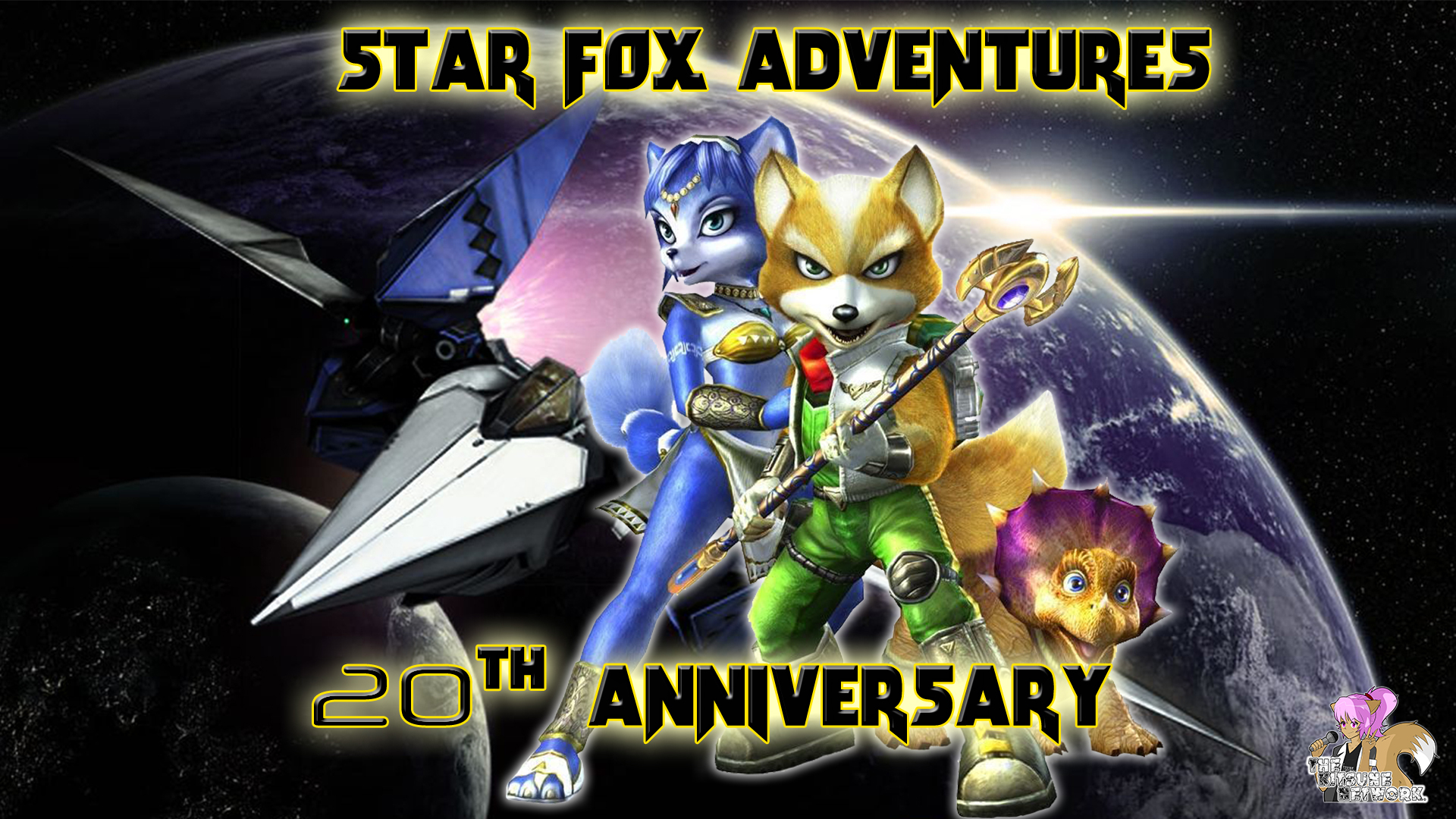 September 23rd of this year marked the 20th anniversary of Star Fox Adventures, which was Released by British video game developer Rareware.

Adventures offered a different take on the Star Fox series, originally a beat ’em up, space-shooter game. Adventures was intended to be an original game with no connection to the star fox series titled Dinosaur Planet, which was set to be released for the Nintendo 64.

The original game was set in an open world and would follow two protagonists, Sabre the wolf and Krystal the fox, and allow players to interchange characters via Swapstones. However, Shigeru Miyamoto & Nintendo held a meeting with Rareware, who had a contract with Nintendo then, to merge Star Fox and Dinosaur Planet into one due to Sabre’s similarities with Fox McCloud.

After agreeing, Rareware staff would discuss how they would fit their characters and art style into the Star Fox universe. Although Dinosaur Planet game never officially saw the light of day, the first 50 Minutes of the game was leaked online in 2021. The outcome from the merge was Star Fox Adventures which was released on September 23rd, 2002, for the Nintendo Gamecube, instead of the Nintendo 64.

Most of Rareware work on Dinosaur Planet was eventually made it into the final version of the game; this included some of the characters, most notably Krystal The Fox.

Voiced by Estelle Ellis, and later by Alésia Glidewell, Krystal has been featured in various Star Fox games, including Star Fox Assault in 2005 and Command in 2006. Krystal’s last appearance was in Ultimate as an Assist Trophy in 2018. Since then, Krystal has not appeared or even been mentioned in any official Star Fox game. Additionally, she did not appear in the latest star fox title, Star Fox Zero. Much about Krystal is unknown; from her early origins in Dinosaur Planet to today, her stance in the game series is officially unknown.

Here to celebrate the 20th anniversary of Star Fox Adventures, the game that introduced us to Krystal the Fox, is former voice actress Estelle Ellis the voice of Krystal! After nearly 20 years, Estelle returns to the spotlight to speak about her experiences behind the mic, voicing Krystal and her experience now with the Krystal fan base.

After 25 years Ash Ketchum Departs from the Pokemon Anime Series