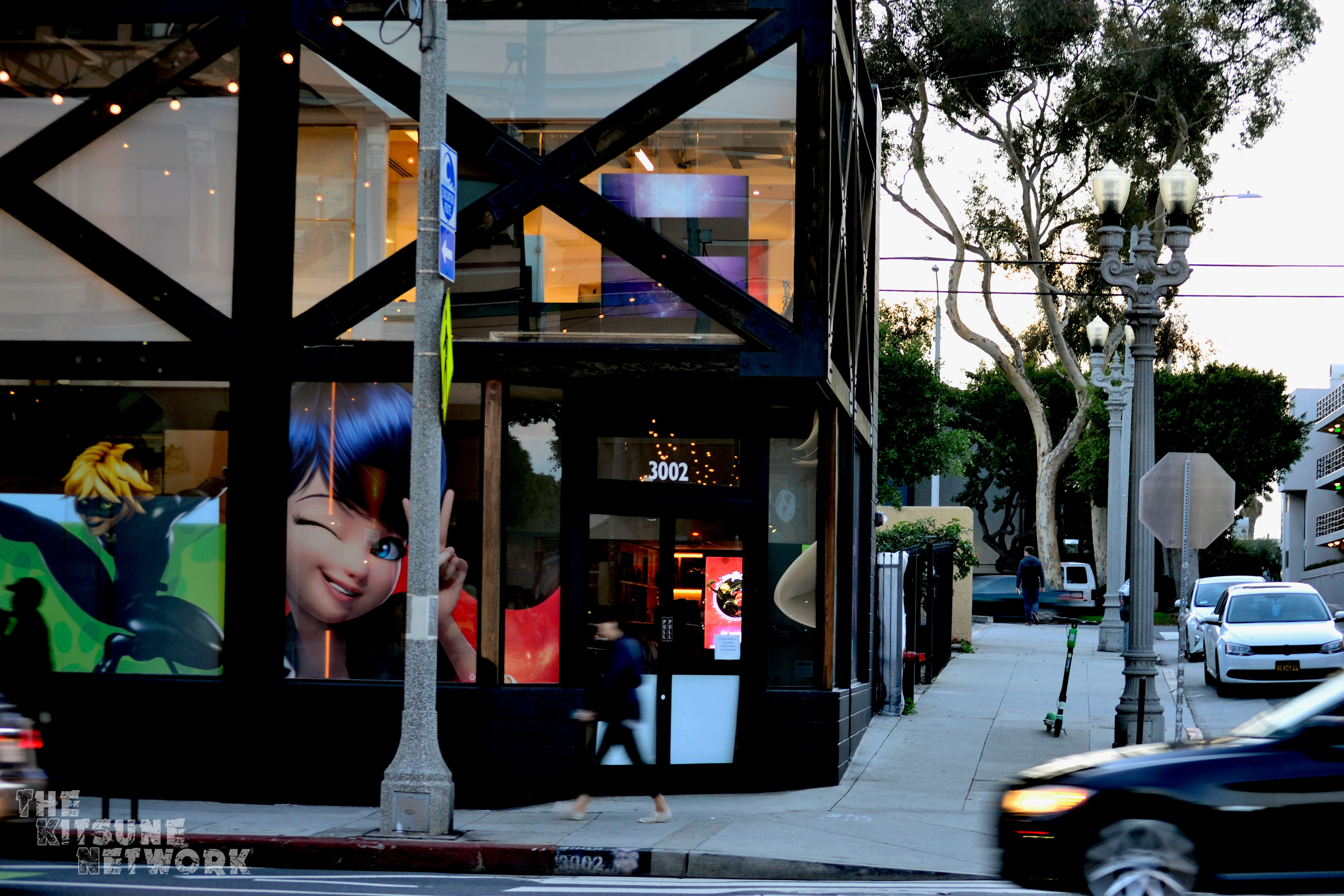 ZAG studios open its door in 2015 in Glendale, California and since then, the studio kept on expanding. Much like their beloved hit TV series, Miraculous Ladybug, they’ve branched out to various forms of media, such as comics, magazines, TV series, Youtube shorts, and even an upcoming motion picture.

The Zag Store team has recently updated their site, stated that the store is “Opening April 7th 2019“!

We stopped by to learn that building is, in fact, closed to the public and under construction.

Queen Bee sculpture in front of the store. We’re sure that belongs on window, it figure after all.

Sneak peak of their merchandise. Notice their ‘Season 4 & 5’ light up advertisement

Here’s logo we’re all familiar with.

But if you don’t want to wait, their online store is open and accepting orders!

This is a developing story that we will continue to keep updated with all of the latest information. If you have any information pertaining to this particular story, you can contact The Kitsune Network at Kitsunenetworkproductions@gmail.com.